Social media, especially Facebook, sometimes is a good platform if you’re looking for a job. All you have to do is to join certain groups or follow the relevant pages and you’ll be notified immediately if there are any job-related posts.

Here are some examples: 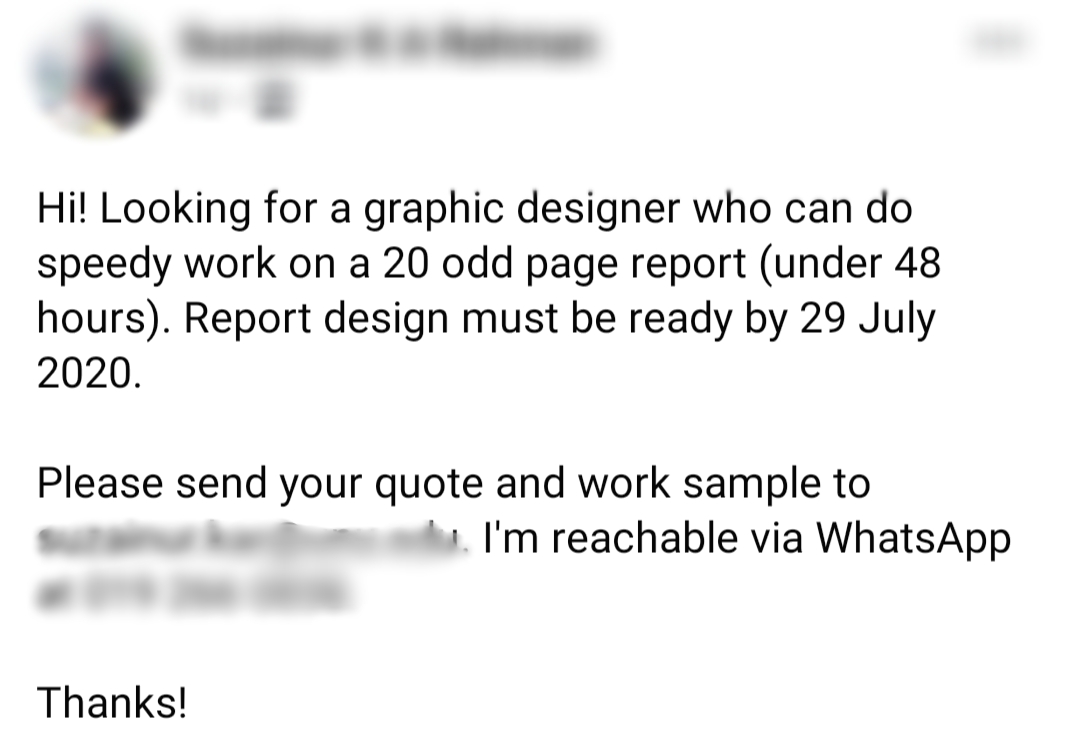 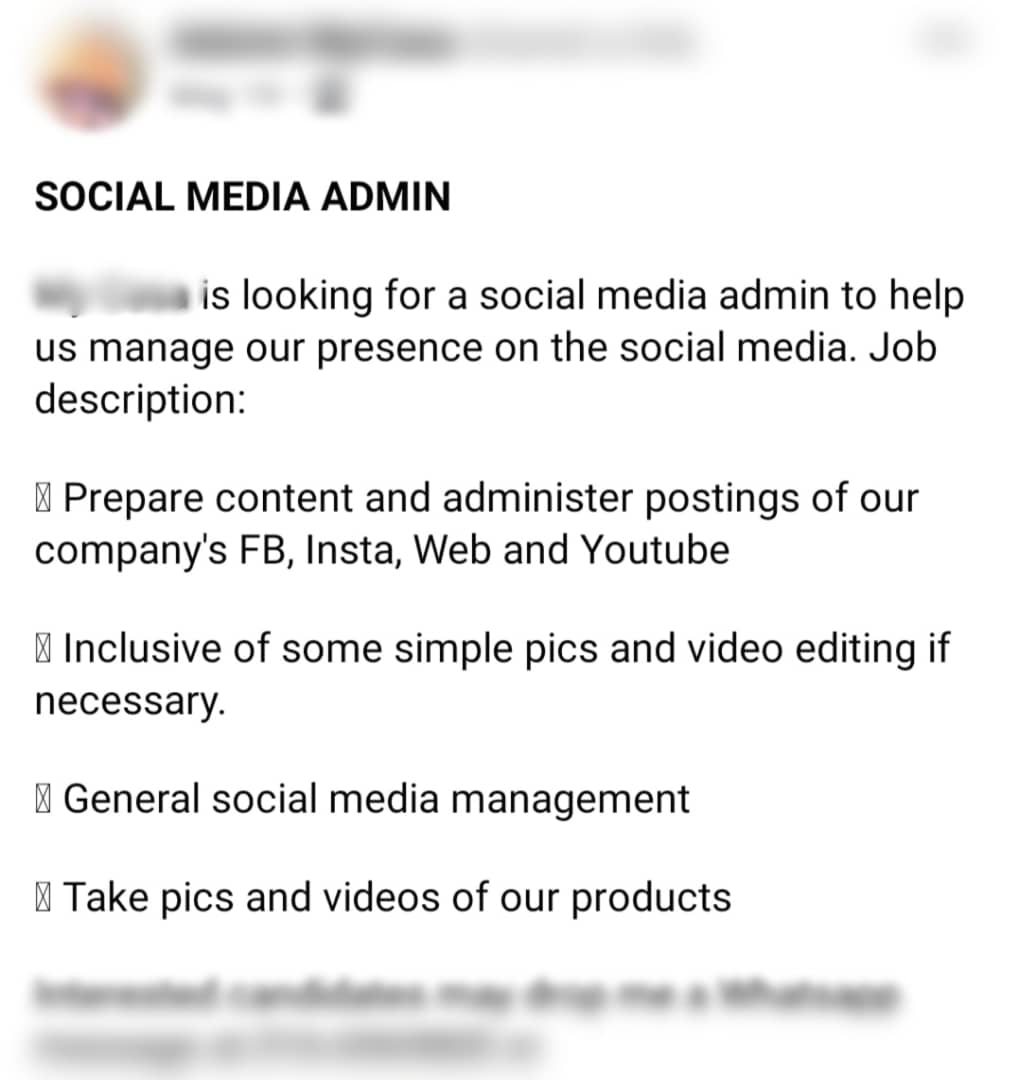 However, sometimes you need to be careful when applying for jobs on social media as it may not always give you the results you were expecting, unless the job vacancy posts are from well-established pages.

On 23rd July, a 22-year-old Malaysian girl opted to look for a part-time job through this medium and while she was scrolling through Facebook, she came across a post by Victoria Yap. According to the details, Popiah promoters (Chinese females) were needed in Penang on the 25th and 26th July.

The salary, transportation and requirements were mentioned and everything seemed legit – or so she thought. 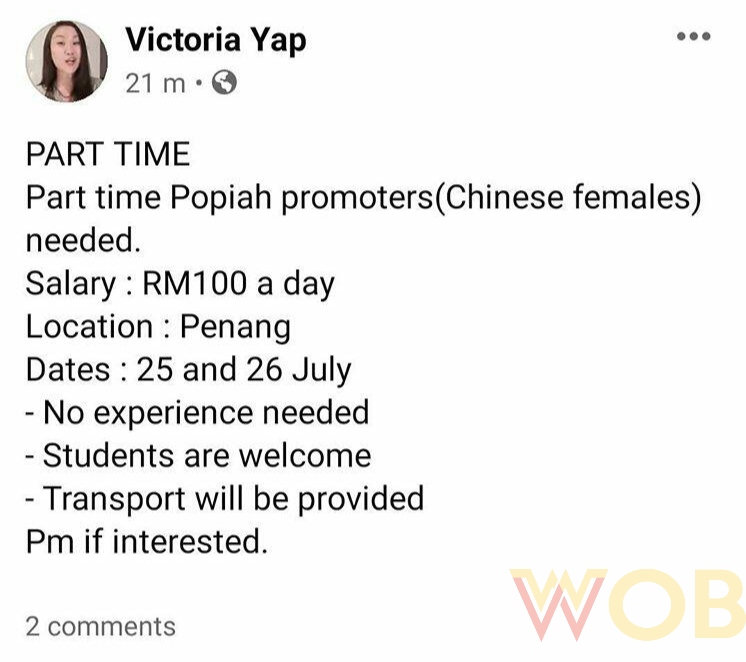 So she contacted the account wanting to know more information regarding the job, and surprisingly, there was a reply within a few minutes. The person requested her to provide her basic information using a voice message. 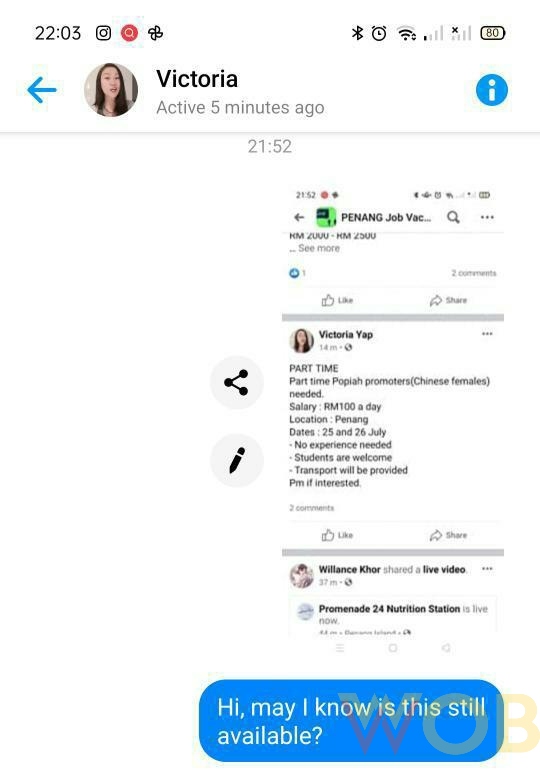 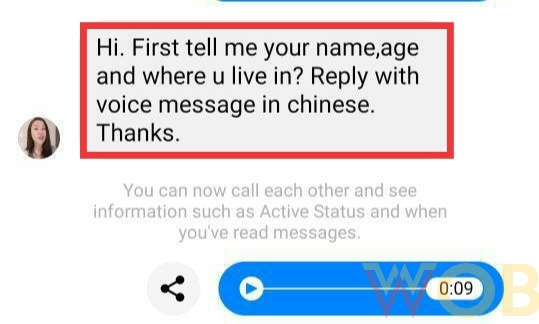 After sharing her basic information, ‘Victoria’ asked if she could video call the girl so she could explain in detail about the work that was required. 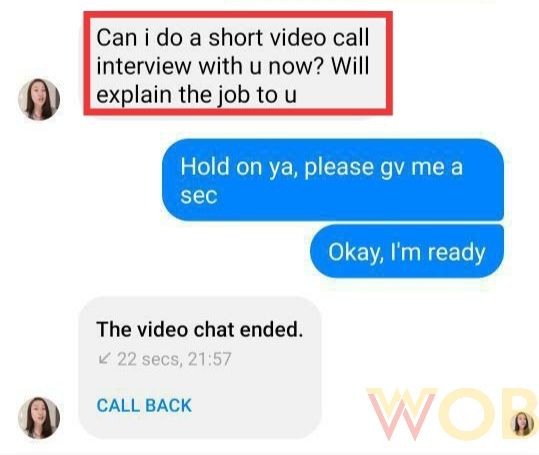 To do a video call at night, pretty weird isn’t it?

However, the girl thought it was normal and since everything about ‘Victoria’ seemed to give off the impression that she was a woman,  she accepted the call and that was when the nightmare began.

It turns out that ‘Victoria Yap’ was NOT a woman, but a man.

Throughout the 22-second video call, the girl didn’t get to see his face. It was only until she noticed his penis that she realized she had been scammed.

Speaking to WORLD OF BUZZ, she said:

“In the beginning, he was just showing the ceiling. And then suddenly, he shifted the camera to his private part, showing off his little genitalia”

This Malaysian girl immediately took to her Instagram story to vent out her anger and disappointment.  She also asked people to help her in reporting the Facebook account. 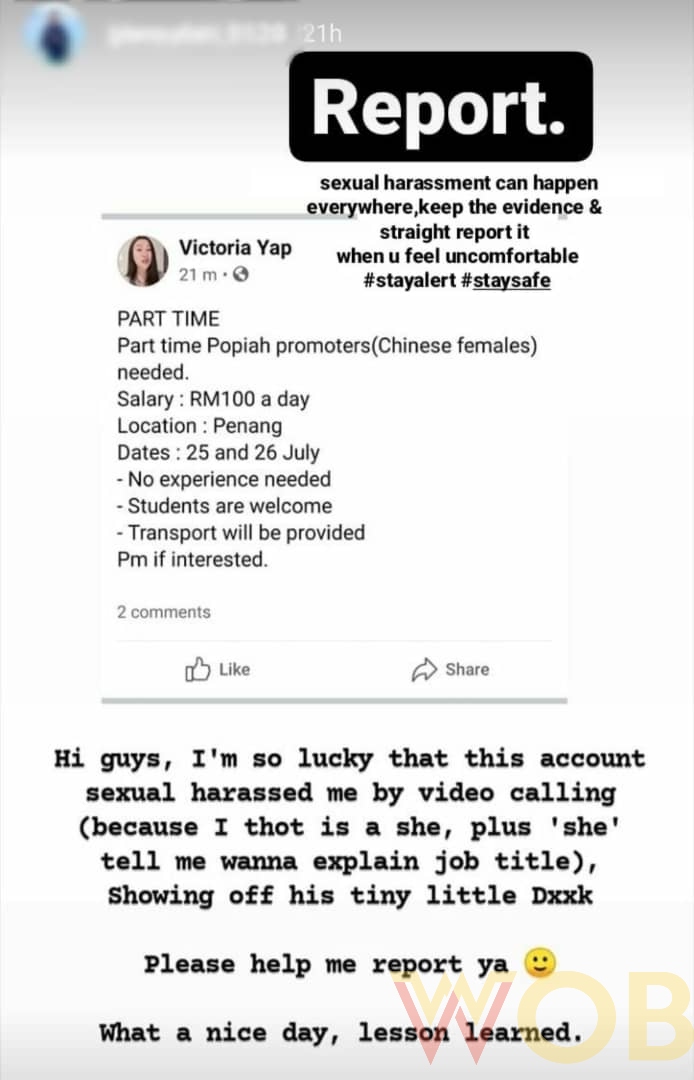 All she wanted was to seek a part-time job, but in the end, this was what she received.

Stay safe, ladies! Make sure to check properly before you actually ask for a job on social media.