Eggs are a huge part of our diet. Recently, 99 people in Terengganu were reported to be victims of food poisoning after consuming ‘puding buih’ purchased from an online vendor on 22 May. The product contained expired eggs which unfortunately led to the death of one of the victims.

So how do we know whether an egg is fresh or not? Public Health Malaysia has released an infographic that will help! 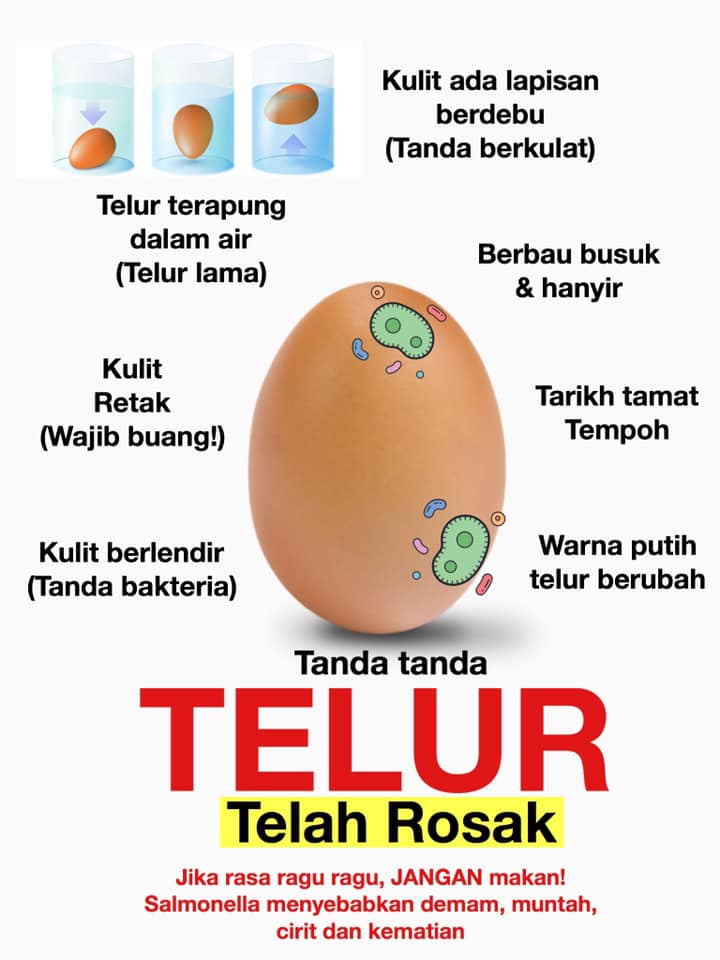 Eggs are very susceptible to salmonella and if consumed, this can affect our health as it can cause fever, throwing up, diarrhoea and even death. However, as some places do not want to suffer loss, they continue to sell old eggs that are past the ‘sell-by’ date at very cheap prices. This act is very dangerous and can affect the health and lives of many. If you see this going on, do not hesitate to report to your nearest Health Department.

When you’re at the supermarket…

To determine if the eggs are still good, check for the expiry date on the carton or on the egg itself. If it’s past the expiration then it’s advisable that you do not buy it.

But if they do not have any of those things, check the shell and see if it’s slimy, powdery or cracked.

According to Healthline, sliminess or cracks can indicate the presence of bacteria, while a powdery appearance on the shell may indicate mould. 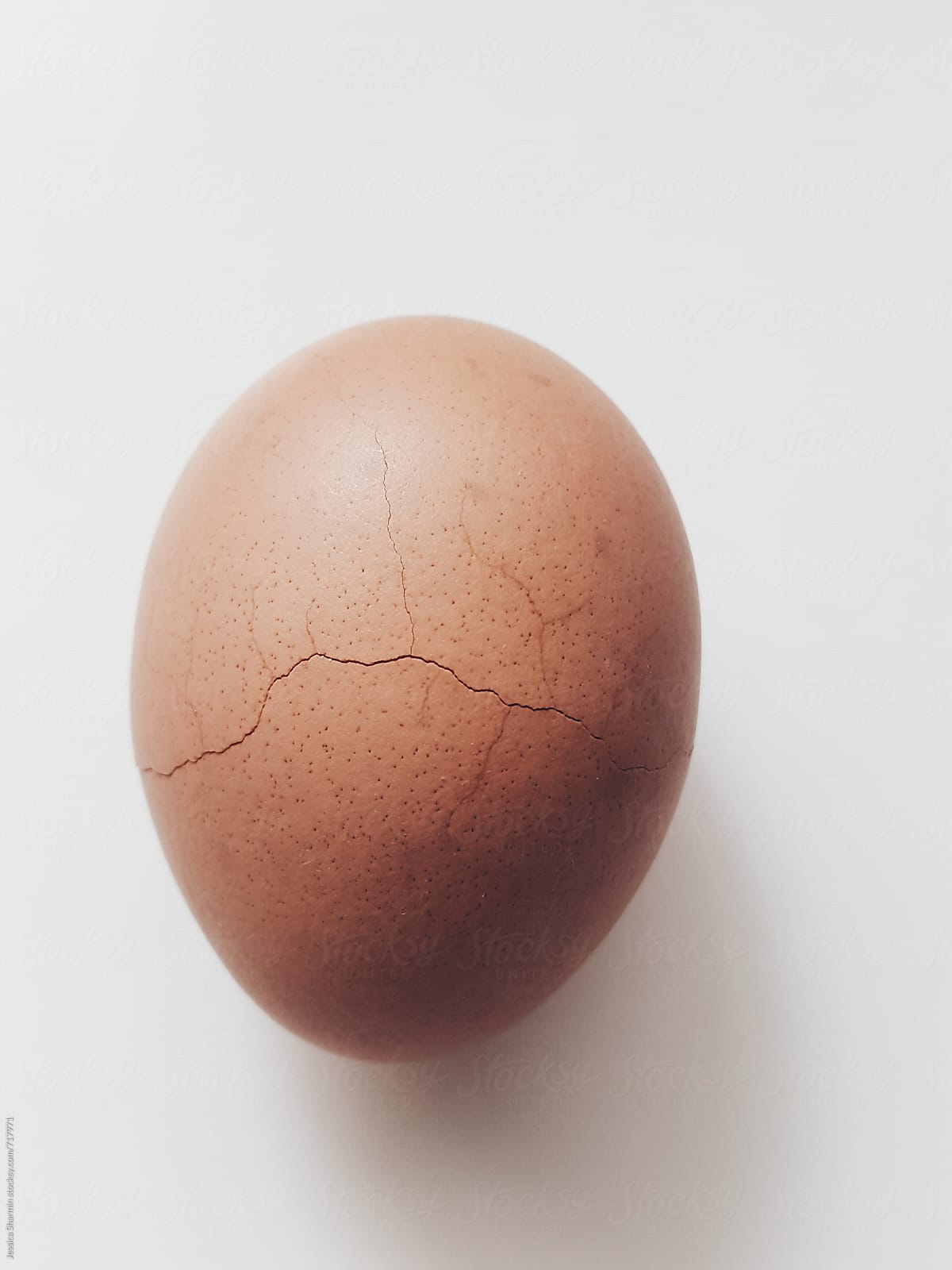 You can also shake them to check. Shake it gently. If it’s fresh, it won’t make a sound. If it’s on the older side, the egg will make a sloshing sound. Other than that, if it gives off an unmistakable smelly odour, then it’s bad.

When you’re at home…

Not sure if the eggs in your fridge are still fresh? You can use the float test. Put the egg in a clear bowl/glass.

This is because as an egg ages, the small air pocket inside it grows larger as water is released and replaced by air. If the air pocket becomes large enough, the egg may float. This test doesn’t tell you if an egg is spoilt or not, so you will have to ultimately crack it open.

An egg can sink and still be bad, while an egg that floats may still be fine to eat. 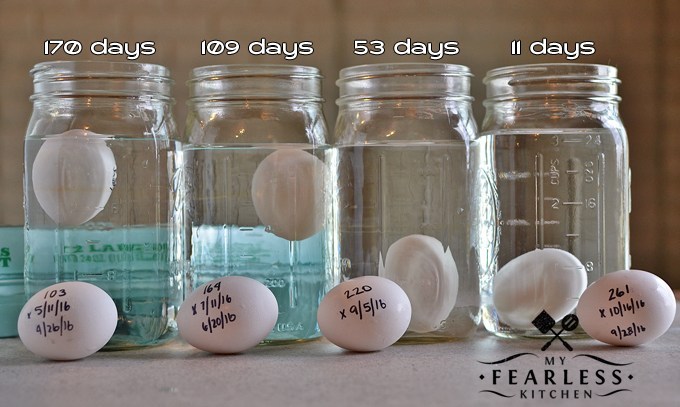 Crack it open onto a plate or large bowl

If the egg seems to spread quite widely on the plate and seems a little watery, it is past its peak freshness. If the yolk is fragile and easily broken, it means the same too.

If the egg white is pink, green, or iridescent… 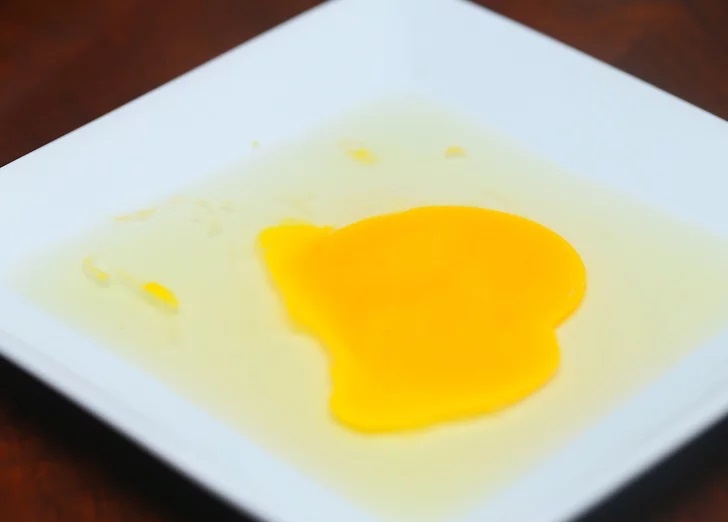 So there we have it. This guide will help you to discern whether your eggs are fresh, old or have gone bad. However, it is safest to thoroughly cook both the egg white and yolk as salmonella infested eggs can appear and smell completely normal.